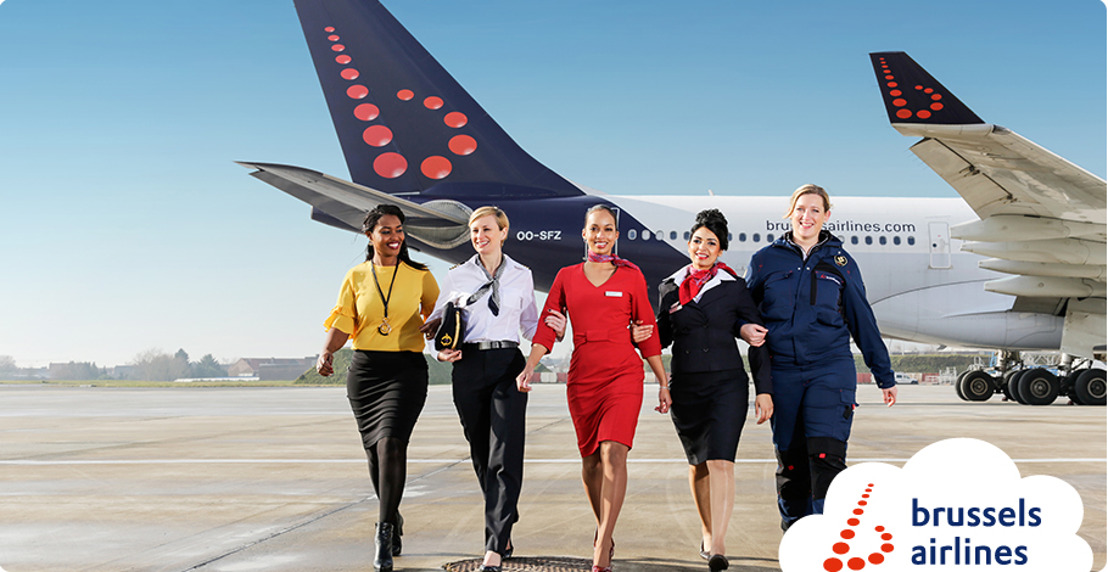 Tomorrow, Brussels Airlines’ flight SN2579 to Berlin will be led by Captain Sofie and First Officer Marie-Aude. Purser Liesbeth will take care of the service in the cabin together with cabin crew members Kaya and Gillie. All other Lufthansa Group airlines (Lufthansa, SWISS, Austrian and Eurowings) also operate all-women flights to Berlin from their respective home airport. With this symbolic flight, the airline wants to help strive for a more gender inclusive world.

With female co-workers on all levels and in every department, including HR, Marketing, Ground Operations, Aircraft Maintenance, Cabin Crew and support services, the majority of Brussels Airlines’ workforce is female (51.6%). At 10%, the airline’s percentage of female pilots is one of the highest in the aviation industry, where the global average is just over 3%. As from the first of April the airline will also have a female CEO. Christina Foerster will be the first ever woman to be heading a Lufthansa Group airline.

“At Brussels Airlines we find it important to contribute to IWD by organizing these symbolic actions because we firmly believe in gender equality. We understand that having a family and a career can be a balancing act and we strive to support all our colleagues, men and women, to ensure that each and every person is able to reach their full career potential, while maintaining a good work-life balance.”

Besides the flight to Berlin, Brussels Airlines also operates a 100% female crew flight to Abidjan (Ivory Coast) and to Accra (Ghana), where Brussels Airlines’ Country Manager and Station Manager are both women. In the cockpit will be Captain Daniela and First Officer Marie. The service in the cabin will be overlooked by Veronique, Patty, Xandra, Isabelle, Maité, Ingrid, Caroline and Peggy. This way the airline wants to support gender equality in Africa, the continent Brussels Airlines considers its second home and where International Women’s Day is widely celebrated.