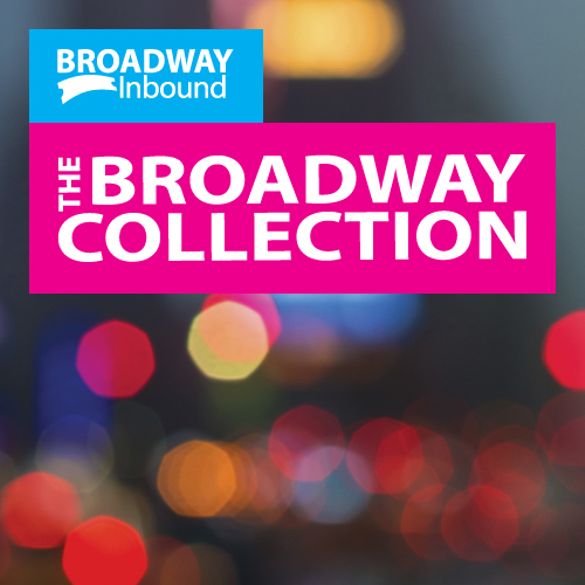 New York, NY (April 26, 2018) – Pretty Woman, Mean Girls, Head Over Heels, Jersey Boys, King Kong, My Fair Lady, Once on This Island, Carousel and Summer: The Donna Summer Musical have joined The Broadway Collection this year to boost awareness of their productions with travelers from around the globe.

Fans of the romantic comedy film will be delighted when Pretty Woman begins previews at the Nederlander Theatre on July 20. Travelers will get to know the film’s iconic characters in a whole new way through this dazzling theatrical take on a love story for the ages. The new production, that officially opens on August 16, features direction and choreography by Tony Award-winner Jerry Mitchell, original score by Grammy Award-winner Bryan Adams and his songwriting partner Jim Vallance, and a book by the film’s director Garry Marshall and screenwriter J.F. Lawton.

Mean Girls, based on the popular film of the same name, opened on April 8 at The August Wilson Theatre. A ferociously funny new musical millennial travelers won’t want to miss, Mean Girls tells the story of Cady Heron, a naïve newbie who grew up on an African savanna, as she navigates her strange new home and trio of frenemies led by the ruthless Regina George. The production is from director Casey Nicholaw, composer Jeff Richmond, lyricist Nell Benjamin and book writer Tina Fey.

Later this fall, King Kong is set to awe travelers of all ages and backgrounds when it opens at The Broadway Theatre. From Jack Thorne, the acclaimed writer of “Harry Potter and the Cursed Child,” the new production takes on the world’s most epic modern myth through an innovative mix of robotics, puppetry and stagecraft.

Looking ahead, music from the iconic pop group The Go Go’s will entice NYC- visitors to see Head Over Heels this summer. An inspired mash-up of posh and punk, the new musical comedy is an Elizabethan romp about a royal family that must prevent an oracle’s prophecy of doom.

For travelers visiting Lincoln Center during their time in NYC, My Fair Lady returned in a new production for the first time in 25 years on April 19 at the Vivian Beaumont Theatre. My Fair Lady boasts classic songs, including “I Could Have Danced All Night,” “Wouldn’t It Be Loverly,” and “On the Street Where You Live.” Lauren Ambrose, Harry Hadden-Paton, Norbert Leo Butz, and Diana Rigg lead a stellar cast, while a full orchestra plays the acclaimed score.

Also making its return to Broadway is Carousel, offering travelers the chance to experience a classic musical production. Carousel, which opened on April 12, describes the tragic romance between a troubled carnival barker and a young woman who gives up everything for him. Directed by three-time Tony Award-winner Jack O’Brien, the new production stars Tony Award-nominee Joshua Henry, Tony Award-winner Jessie Mueller and Renee Fleming in her first-ever appearance in a Broadway musical.

The first Broadway revival of Once on This Island officially opened in December 2017 at the Circle in the Square Theater. Travelers from all over can relate to the powerful musical’s story of a fearless peasant girl in search of her place in the world, and ready to risk it all for love. Directed by Tony Award-nominee Michael Arden, Once on This Island features performances by Tony Award-winner Lea Salonga and choreography by Camille A. Brown.

Last but not least, Jersey Boys, which first opened to critical acclaim in 2005, is now playing Off-Broadway at New World Stages. Featuring legendary top ten hits by Frankie Valli and The Four Seasons, travelers can sit back, relax and be transported to a different era as the Tony Award-winning true-life musical phenomenon highlights the hit group’s trip from New Jersey to the Rock and Roll Hall of Fame.

About Broadway Inbound and The Broadway Collection

Broadway Inbound specializes in travel industry and wholesale ticket distribution for live theatrical events both domestically and globally. A Shubert Organization company with decades of experience, Broadway Inbound’s The Broadway Collection was created in response to a huge demand for Broadway throughout the global travel industry. To purchase tickets to any Broadway Collection show, contact a local tour operator or travel agent. Visit www.broadwaycollection.com for more information on the current season of Broadway musicals, follow us on social media for updates, and use #MakeItBway and tag @BroadwayInbound in posts.